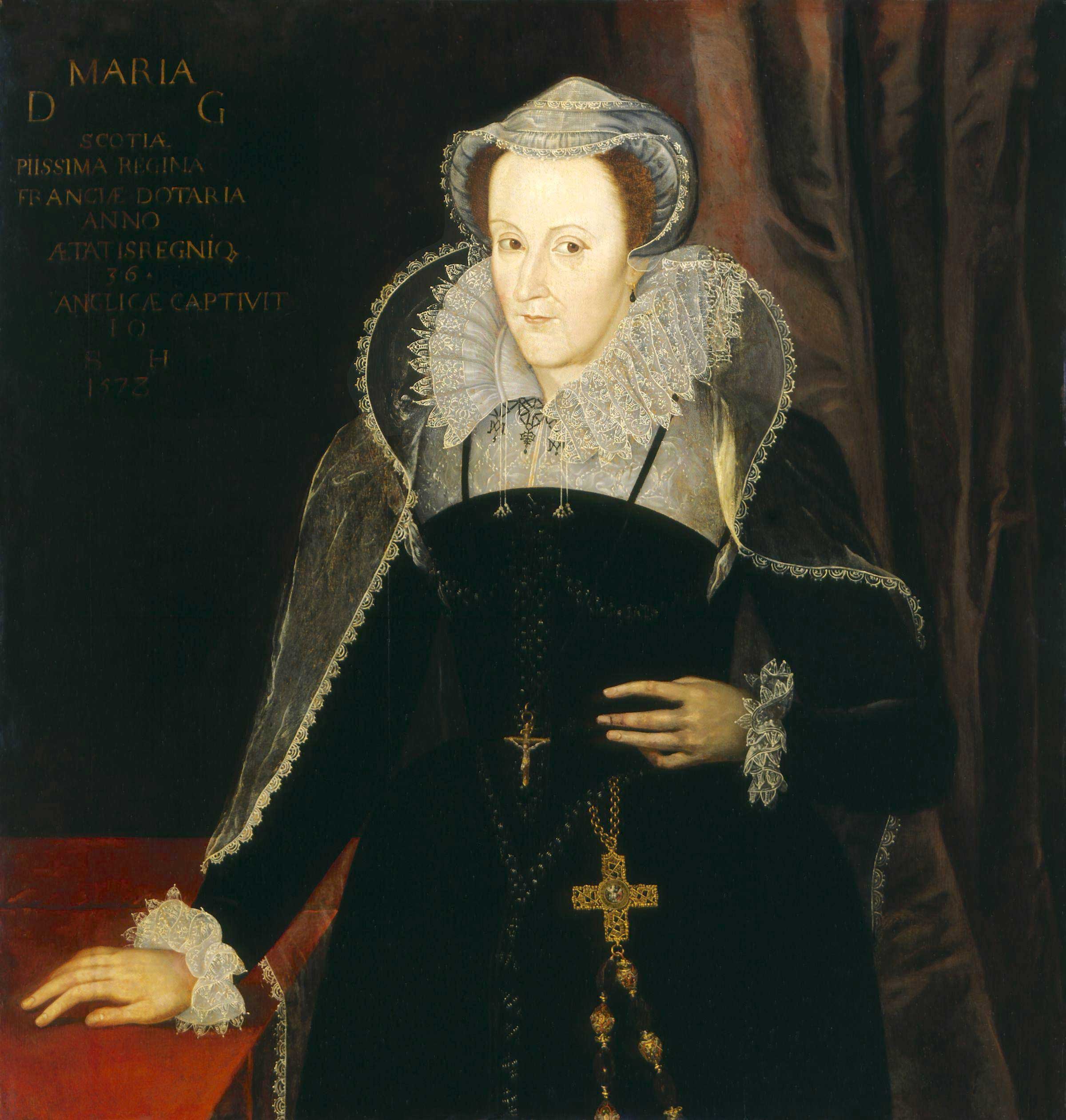 What is Mary Stuart cap?

A Mary Stuart cap or attifet is a type of hat which was made popular in the 16th Century, thanks to its regular appearances in portraits of Mary Stuart. This distinctively styled cap became quite fashionable for a brief period, and was even part of formal mourning dress as late as the Victorian era. Most modern attifets are made at home by enthusiasts, although specialty hat shops sometimes carry them, or are willing to make them by special request.

A classic Mary Stuart cap is distinguished by being very close fitting, with a stiff piece of triangular material which hangs down over the forehead, creating a heart shape when viewed from the front. The design was intended to accommodate a veil, which would typically be worn over the cap, and the material might be rolled into shape in the back or formed with wires which held it stiffly in place. The cap also flared slightly at the sides to accommodate rolls of hair.

Most of the images you can find will feature her wearing an attifet, especially if they were painted later in her life. Because Mary became a widow at a very young life, the Mary Stuart cap became associated with widowhood, and her romanticization in both England and Scotland led many people to adopt the fashion in her honor. Elizabeth I, her political rival, was even seen wearing a Mary Stuart cap on occasion, indicating that the style was clearly quite widespread. The design of a Mary Stuart cap is flattering for a wide range of faces, and for these reason, custom versions are sometimes made for formal occasions, like weddings. A white Mary Stuart cap trimmed with seed pearls is a not unheard of accessory for a bride, especially if she is participating in an old fashioned ceremony. Mary Stuart caps are also, of course, used in costuming for performances set in the Elizabethan era. Typically a comb is sewn into a Mary Stuart cap to keep it firmly affixed on the head of the wearer, as the hat would otherwise slide off. Some people also use pins to ensure that their caps stay snug and well positioned, especially if their decorations are heavy, or if a veil is being worn with the cap. If someone has a lot of hair, the hair can be rolled up and used as a base for hatpins, making for a surprisingly comfortable wearing experience

You can also search for Crescent Stuart Cap to check for alternative titles or spellings.