Covered from head to toe, women walk on the outskirts of Jalalabad
Afghan clothing styles reflect that Afghanistan is home to various ethnicity including the Tajiks, Pashtun, Hazara, Uzbek and smaller populations of Aimaq, Turkmen, Baloch, Pashayi, Nuristani, Arab, Brahui, Pamiri, andGurjar. They have their own particular traditions.
Contents [hide]

The traces of the first human inhabitation are found in Afghanistan around thirty millenniums ago. This ancient country has the main attraction of the historic pathway known as "Silk Road" that was the important passage for the human migration in this region. Centuries have gone away; the traditional and nomadic life style of the Afghani people has never changed. Courtesy to the geographic landscape of this landlocked country or to the instinct of self-esteem in the Afghan nation, the ancient cultural and traditional values are still alive and preserved in Afghanistan. The main ethnic communities of Afghanistan are Pashtuns and Tajiks while the Hazara and Uzbeks are also significant in number.

The Pashtun people feel pride to follow "Pashtunwali" which is actually a non-written ethical code of life and the rules of this code are part of the lives of the Pashtuns living in Afghanistan and Pakistan and also in some Pashtun communities around the world. The rest of the culture of Afghanistan is being dominated by the Persian and Turk influences. Honor, freedom, bravery and loyalty are the main features of this warrior nation. The tribal culture is a prominent factor of the Afghan lifestyle and there are numerous tribes existing in Afghanistan.

Having a complex and ancient historical background the traditional dress of Afghanistan has also gone through many variations and fashions. In Afghanistan, cotton and wool have remained the dominant fabrics used for dressing; however, for preparing the expensive dresses, rugs and carpets, silk was also an important raw material.

For the last three decades, the Taliban Afghans have imposed strict clothing regulations as the women had to wear long dress with a trouser as well as a Burqa on top to cover them from the head to the ankle. Men also had to wrap a hat or turban around their heads and keeping a long beard. Although the Afghan people have started to dress up with the clothing of their own choice for the last one decade, however, still in the particular areas of Taliban, the situation is not changed.

Nevertheless, the traditional dress of Afghanistan was very tremendous and elegant; especially the traditional women attire is so unique for its beautiful embroidery which is mostly handmade.

Generally, traditional women's dresses in Afghanistan are made from light linens and are loose fitting for ease of movement. They come in many colors and have stitching for details. One unique style of casual women's dress is the Kandahari doozi embroidery stitching of the city of Kandahar. This is stitching very intricately in the linens in different shapes and patterns using very thin threads. The more intricate the design, the more pricey the garment.

More elaborate and fancier dresses are detailed with gold threading (Zardozi), gold beads, and come in many different colors on silk fabrics. These dresses are usually worn to special occasions and weddings.

The women usually wear a long dress which is made with cotton fabric with a combination of various colors. For the lower part of the body, they use matching pants along with a head kerchief, a purse and a flat pair of shoes called Paizar.

As this country has remained a region of long lasting warfare, the invaders have also penetrated with the infliction of their own cultures.

Presently, the women of Afghanistan prefer to wear shirts with jeans or a "Shalwar Kameez" dress pretty much similar to Pakistani style. We can also see the women wearing a long ankle length skirt with a matching headdress.

For the outer clothing, especially in winter, the women wear the loose sleeveless and hip-length jackets.

The traditional dress for Afghan men is usually “Shalwar Kameez” which is also known as “Perahan Turban”. The dress is very popular as the large portion of the men population in Afghanistan wears this attire. The Afghan men wear “Shalwar Kameez” as their casual and also for their formal clothing. The dress is normally made with cotton and polyester but it can be made with the woolly fabric in winter. The new trends of decorating the dress with embroidery on the chest part and on the collar side are also very common. The Afghan men also use a “Waistcoat” worn over this dress to give their dress more dignified look.

The Afghan men also use different types of hats like turban, karakul, pakol, topi, kufi, and a chapan (coat). Occasionally some men wear or wrap a keffiyeh on their head.

The Afghan men in Kandhar also wear a traditional Kandhari cap which is simialr to Sindhi Topi worn in the province of Sindh, Pakistan.

Many of the co-ethnic groups who live alongside the Pasthuns in Afghanistan, Pakistan have also adopted the dress because of comfort or popular culture. The Pashtun dress is the most popular of the Afghan clothing, in particular the female dress which is known as Gand-e-Afghani. 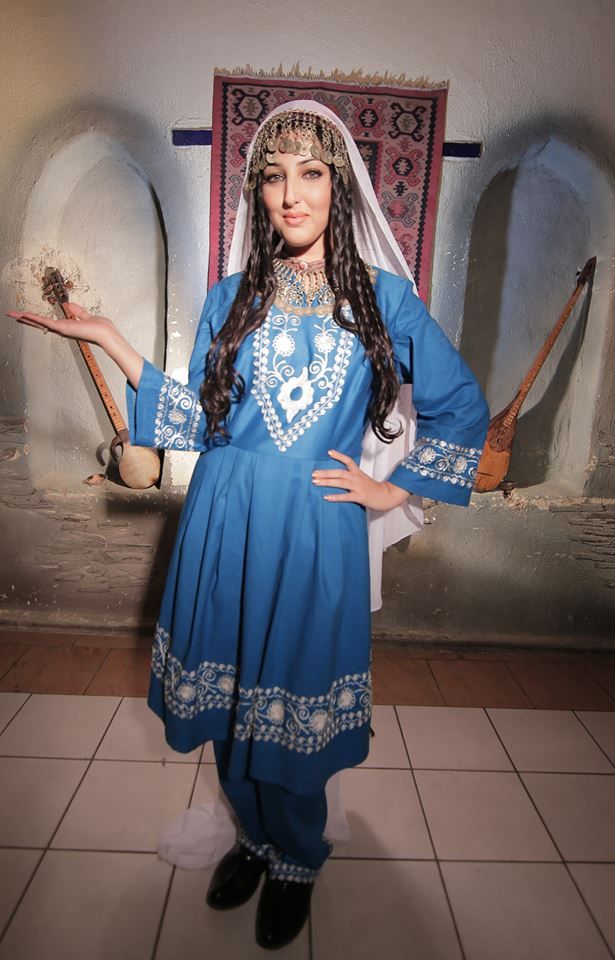 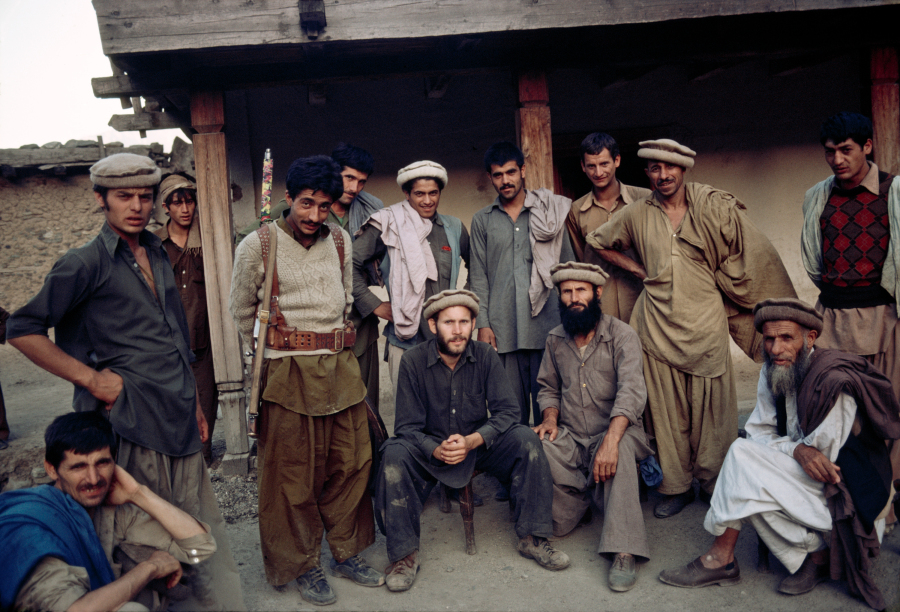 You can also search for Afghanistan Costume to check for alternative titles or spellings.